Government to the Rescue!

An Overlooked Source for Economic Growth

While there are growing concerns regarding soft manufacturing data and slowing emerging market consumption, many are overlooking an offsetting trend offering new support for growing the US economy. What is this new source of growth? Government spending! 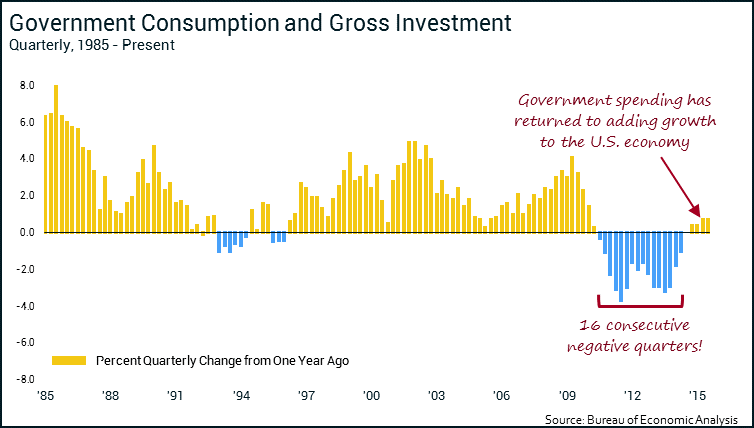 But, hasn’t big government always had spending growth? Well, at least not for the last few years. The spending declines came from the unraveling of post-crises stimulus measures and were extended when Congress enacted sequestration in late 2012.

Considering that government spending constitutes approximately 18% of total U.S. GDP, this means government spending was hurting aggregate growth. Meanwhile, fixed investments and private consumption carried the growth burden. These two components led the non-governmental side of the economy to an average growth rate of about 2.9%, far better than what most people believe.